For China, why Only XCMG becomes one of TOP 10 construction machinery manufacturer?

China's construction machinery industry must understand the people are very familiar with the "XCMG" is the name; this industry do not know how many people have heard the slogan: "XCMG XCMG help you succeed." Yes, both for the industry or for the general public, the XCMG this construction machinery based industry companies with high visibility, which patches on their appearance dazzling "XCMG gold" has long been popular.
In all fairness, equipment manufacturers can have such a high profile, not much. XCMG able to do, the strength necessarily good: in fact, since the 27 years since 1989 between XCMG has always ranked first in China's construction machinery industry, is simply a magnificent "evergreen." And it can always standing proudly in the industry peak, from the continuous technological innovation and aggressive self-transformation and the pursuit of excellence in spiritual power. 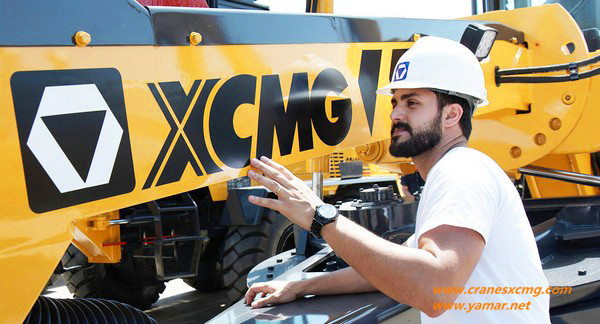 Back to just that question, XCMG exactly how to do? Industry headlines here in passing some experience with this industry leader to you:
First, vigorously promote the reform of management system. This includes wind power ram control, adjust the conversion, to optimize the layout and after-market. By playing a "receivable debts battle," XCMG drop sharply in the first half accounts receivable more than 15%; by adjusting the product line, the integration of its business, to achieve the optimal reorganization, significantly enhance the competitiveness; through after vigorously layout market and create an operating lease, two mobile phones, remanufacturing business platform and direct sales organizations, etc., so that a substantial increase in revenue after the market, accounting for more than 10% of main income.
Second, focus on breakthroughs in core technologies, continuing to strengthen the high-end R & D investment. XCMG investment in R & D has always been unwavering strength, not only carried out a host of products to tackle tough, but also focus on the key core components of technology; not only vigorously implement quality improvement projects, but also the power to promote global innovation layout. Through a series of difficulties, and XCMG in the first half of the core technology breakthroughs can be described as full of achievements: The new "G Generation" wheeled crane key performance indicators have reached the international advanced level, V Series loaders deliver new products that is soon as leader markets; key aspects of components, to achieve its shield machine cylinder volume equipment Shanghai underground space project, the new electronically controlled transmission to external support to accelerate industrialization. On innovation layout, XCMG Research Institute and Germany, the United States, Brazil and overseas R & D center as a platform to highlight, as many new products, high-end infrastructure components technology incubator. In this series, based on technological innovation, XCMG accordance with the "leading technology, is not destroyed by" world-class reliability targets quality improvement projects, large tonnage wheeled cranes and loaders and other large-tonnage products, to further enhance the stability, win numerous domestic and foreign users of all ages.

Third, accelerate the pace of international development. Behind by exports into developed markets, and other measures to speed up the base layout, XCMG variety of products often achieve export volume, frequently gains in overseas markets large orders. These products in overseas markets with many international brands competing against - its excellent product quality and good level of reliability has won the trust of many users, in the 3600 vote in users worldwide, XCMG was selected first Chinese sixth in the world of high-end brands of construction machinery.
Fourth, the new industrial force new formats. Overall, the new industry XCMG new formats can be divided into the following areas of focus: heavy trucks, industrial environment, underground construction equipment, special vehicles, information technology industry, financial leasing business. XCMG full speed attack, in these new industries in gains again and again: heavy truck sales surge 56.3% the first half of the year will force break million mark; environmental industry sales revenue increased by 3.1 times, the four major categories sanitation equipment are entering the domestic industry before 5 strong; TBM revenue for the construction of the pipe gallery of the hundreds of millions, becoming the first domestic industry, excavation equipment sales revenue increased by 2.2 times; aerial fire truck sales rose 21%, road maintenance machinery sales rose 43%, snow removal equipment joint venture in Liaoning enterprises have become the market leader in the Northeast; for the overseas market cultivation of high-end backhoe loaders exported Africa; bridge inspection vehicle, wrecker double sales growth.
Particularly worth mentioning is that XCMG vigorously explore the "Internet +" transformation, XCMG Information Company sales in the industry take the lead in the establishment of the surge more than 30%; In addition, the financial leasing, financial and investment companies has become a new profit growth point, and and the main industry collaborative innovation, provide new support. 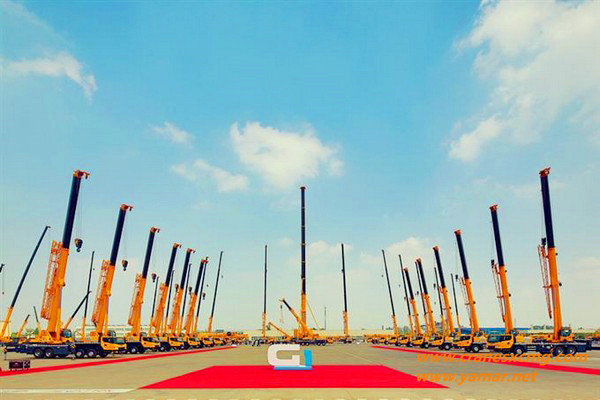 Such achievements and status of the industry in more than XCMG authority in the list are confirmed. The world's leading information provider of construction machinery - United Kingdom KHL Group annually publishes a "Global Construction Machinery Manufacturers Top 50" XCMG has for many years living in this list of the top ten, and has always been among the finalists China enterprises first; a few months ago the newly released "2016 global construction Machinery manufacturers Top 50", the XCMG become the only Chinese among the top ten in front of a business, ranking ninth. Because KHL Group is the industry's first non-profit institutions through BPA (international media CB) accredited magazine, so this list published by the leading in the world are considered to be the most authoritative, objective and fair one chart