In August, XCMG "4.0-generation Pioneer G" Hainan customer experience in the long-awaited to the party, Hainan Haikou elite gathered around the ceiling, an unprecedented impact on the common sense of technology Tasting G generation brings. Take this opportunity to bring you together with the small series to explore the wonderful performance of XCMG cranes in Haikou region.
The total investment of 240 billion surpluses Chengmai Marina Bay Bridge officially entered the stage hoisting cable structure. Bridge north end of the road moon Ying Bin Peninsula side has been built, starting Yan Lung Road, south side of the Old City has been built, the project including approach roads, bridge approach, including the main bridge total length of 910 meters, while the main bridge by city Road design standards for two-way four-lane, located on both sides of the sidewalk, driveway and other electrical. According to the design, the surplus is set to Marina Bay Bridge tower and decorative cable structure, we soon arrived at the scene, they saw the three 25 tons and a 100-ton truck crane under intense construction. Under the blue sky, a touch of gold XCMG extraordinarily bright! 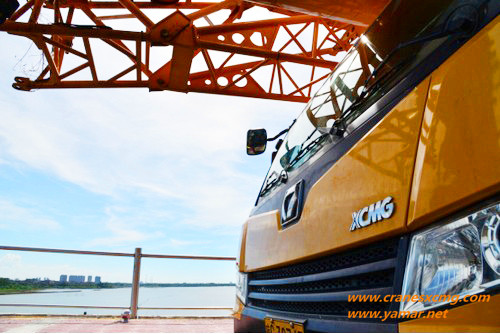 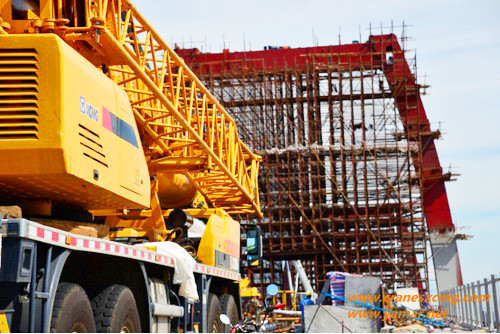 Arrived the construction site, the site has just completed the most important part of the lifting of this project, according to the person in charge of the project: "We see the suspension weighing over 40 tons, due to the irregular shape of the cable, it is difficult to find the center of gravity this will shake occurs in the process of lifting and hoisting project department team also did a lot of pre-measured and ready to "person in charge wiped the sweat from his face, satisfied smile, he added:".. let our surprise is that, in several 25-ton complex, XCT100 crane easily complete the installation of the suspension.
As a classic XCMG G generation, XCT100 truck crane since its launch in the country a number of major construction projects in the ass, and with a perfect performance to win the trust of users. And the construction is of special significance. Person in charge of the project said: "August Hainan climate, it can be said is a severe test of the construction site, more than 40 degrees of temperature, plus the strong ultraviolet radiation, so that workers daunting, but the bridge will be opened to traffic recently, in order to rush period, must to withstand the high temperature sun stick construction. However, one can appropriate protection and rest, the letter of the machines have to operate at full capacity in hot and humid environment, XCMG crane performance does make people feel at ease at ease. " 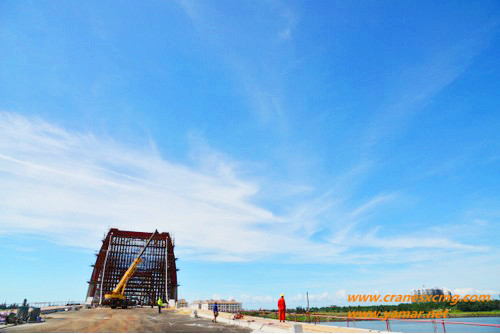 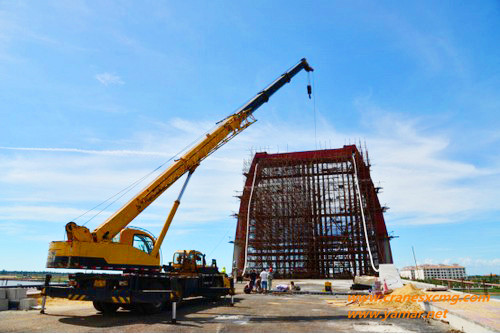 Project leader also said: "Now is concerned, the project was close to the end, from this three-year period since 2013, the XCMG crane hoisting successfully completed all tasks in this project taking into account the traffic and landscape, ornamental emphasize, in particular at night the lights shine, adding to the dreamy colors of Ying Bin inland sea. Needless to say, XCMG crane is what we have been recognized brands, at least in the Hainan Island is the preferred brand. as the representative of the current highest level of crane equipment G generation has landed in Hainan, believe G generation will build a beautiful Hainan outstanding contribution to the power! "