August 6, "Xinhua Daily" published a front page story: "" Jiangsu made "by the attention the Rio Olympics," show the world the Olympic Games in the Brazilian-made Chinese style, the report summarized as follows:
This morning, the Olympic flame will be lit in the ocean of Rio de Janeiro. Brought together the world's attention in Rio de Janeiro Games, it is undoubtedly the big stage of the world's top products manufacturing contest. In ubiquitous, highly anticipated "Made in China", "Chinese brand", the Jiangsu elements shine. 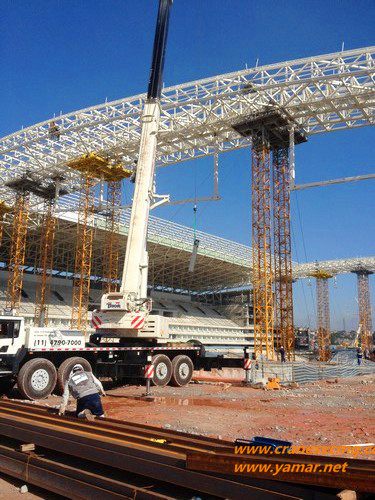 Province XCMG Group Construction Machinery, Zhangjiagang Jinling Sports Volleyball equipment and Jintan Nuctech X-ray security screening equipment quality, is this Rio Olympics adopted in Jiangsu from the "Made in province" to "Chi-made province, "the epitome of innovation and transformation.
Venue construction, XCMG is the "boss"
"Rio Olympic venue construction used in construction machinery, the number of products offered XCMG the first place, accounting for more than half, in particular, the proportion of cranes and concrete equipment reached 80%." Talked about the contribution of the Olympic Games, XCMG Minister of international development Group Health Min was very proud. Group by more than 1,000 earthwork machinery involved in the construction of venues, more than 300 roller used in the construction of venues ancillary facilities, more than 500 cranes for hoisting building construction, more than 200 aerial platform lifting work vehicle used for interior decoration and construction, in on the whole Olympic site "busy" XCMG construction Machinery brand totaled more than 2,000 units. 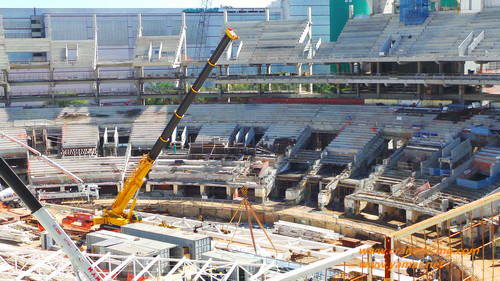 Why has this success? This is the base of XCMG Brazil play a decisive role. The Brazilian government expressly provides that: all those involved in government tenders companies must have the ability to locally produce in Brazil that has a business base in Brazil. Brazil XCMG base covers an area of ​​800,000 square meters, can be produced in more than 60 top-five varieties of devices.
"Ten years ago, the layout of Brazil and other overseas markets, from product to go out, go out to the staff and services, capital and then to go out, XCMG international development 'three-step' that it step by step." Health Min said. XCMG is not only reflected in the international marketing and manufacturing, but also in research and development, the Group is currently in Germany, the United States has a research and development center. At present, XCMG products have been sold to 176 countries and regions last year, overseas revenue accounted for 30% of the Group's total revenue. Construction machinery industry in the world rankings XCMG ranks No. 9, is the only Chinese engineering companies.